During our trip to Mexico, we booked ourselves an excursion to Tulum for a day. We chose one that sounded like the perfect balance of adventure for Nathan, and culture for me! Our excursion included zip-lining through the Mayan jungle, snorkeling in the Sac-Actun cenote system (the worlds longest underground river), rappelling from above ground into an underground cenote, participating in a traditional Mayan purification ceremony, and wandering around the ruins of Tulum.

I was super nervous about the “adventure” part of the day, considering I’m afraid of heights, I don’t like putting my face in water, and I panic when I’m in confined spaces…all of which were the basis of the activities we would be participating in. I was fairly certain that Nathan would have to haul me out of the underground cave, curled into the fetal position and moaning incoherently. It turns out that when I’m in the company of 8 random people (who were also on the excursion), and I’d rather not look like a huge wuss, I am capable of sucking it up and just doing it. Spoiler alert…I loved it!

There’s nothing quite like swimming on the surface of a pitch black underground river, face down and watching the light from a single flashlight cut through the darkness of the depths below you, dancing across the surface of stalagmites. I had to keep reminding myself to breath deeply and evenly as we delicately manoeuvred through parts of the cave where stalactites and stalagmites met at the surface of the water, leaving only a few feet of room for us to pass through.

I tried not to freak out when our guide directed our attention to the roof of the cave, where hundreds of bats were hiding amongst the stalactites. Unfortunately while looking up at the bats, I dipped the air pipe of my snorkel into the water, which I didn’t realize until I went to take another breath underwater and swallowed a bunch of water. Rookie snorkel mistake!

Nathan purchased a Hit Case before we left on our trip, so he took some underwater pictures on his iPhone. They’re a bit blurry considering how little light there was in the caves, but still fun! 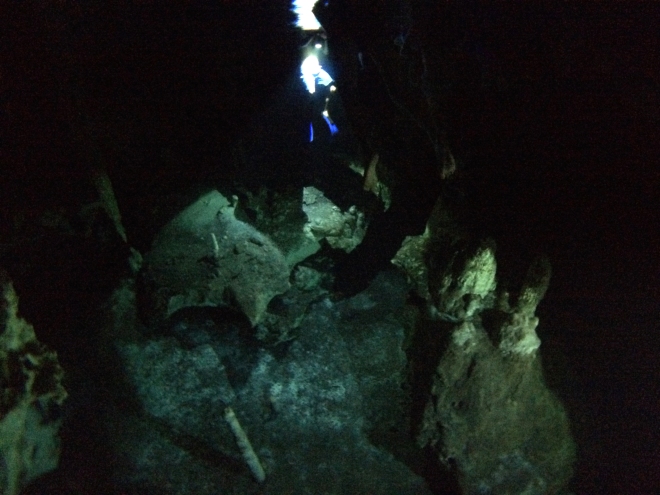 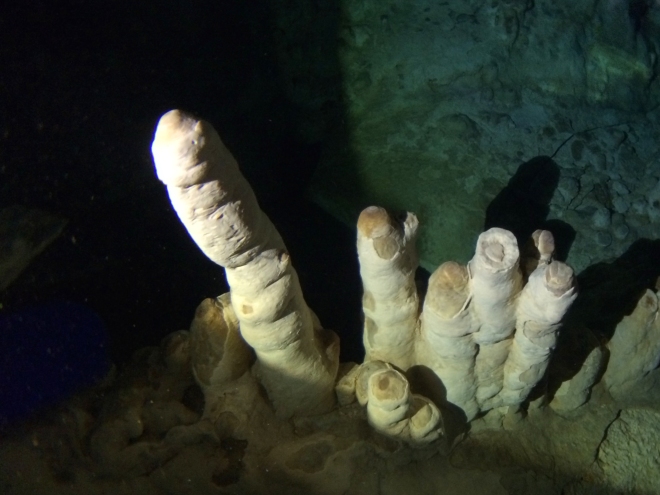 After a morning of incredibly fun adventure, we spent a few hours in the afternoon exploring the Tulum ruins. Tulum is the only Mayan city built on the coast, situated on 12-meter tall cliffs along the east coast of the Yucatán Peninsula on the Caribbean Sea. In other words, the Tulum ruins are absolutely gorgeous. 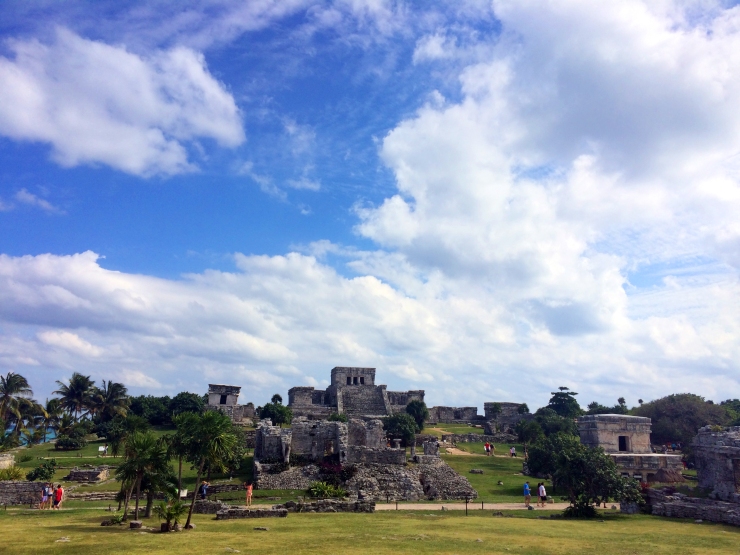 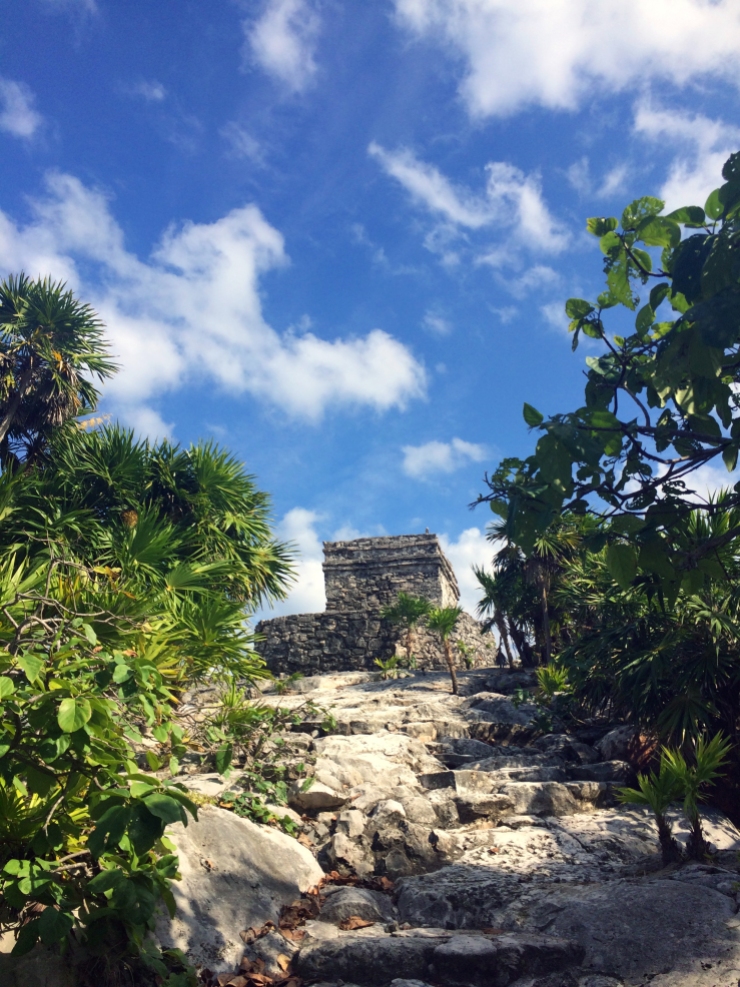 The views are absolutely breathtaking! I was told before going to Mexico that the Tulum beach is one of the best beaches in the area, but because the waves were so rough while we were there, access to the beach was roped off. This was rather disappointing, but we consoled ourselves by exploring all of the nooks and crannies that we could, and having a few ice-cold drinks at a little restaurant just outside of the ruins once we’d had our fill of culture and history. 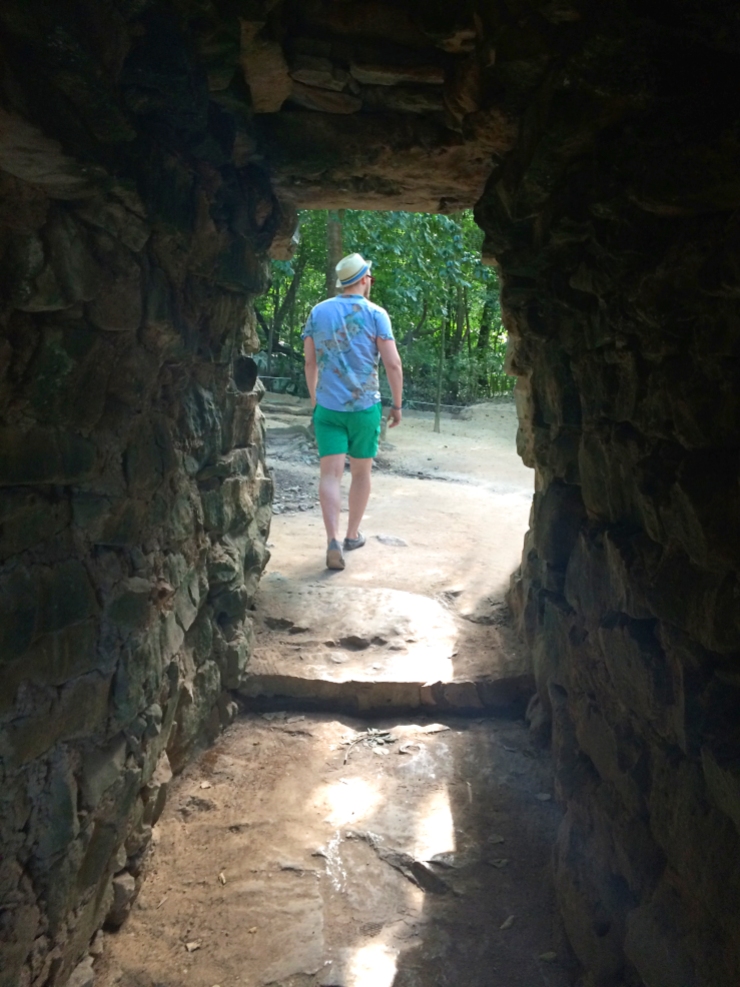 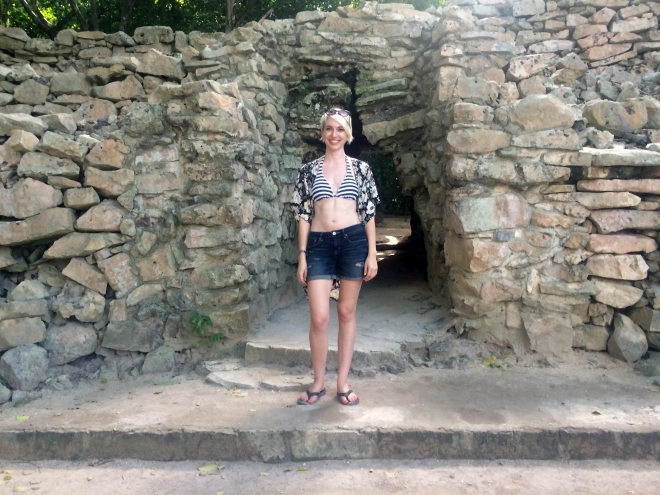 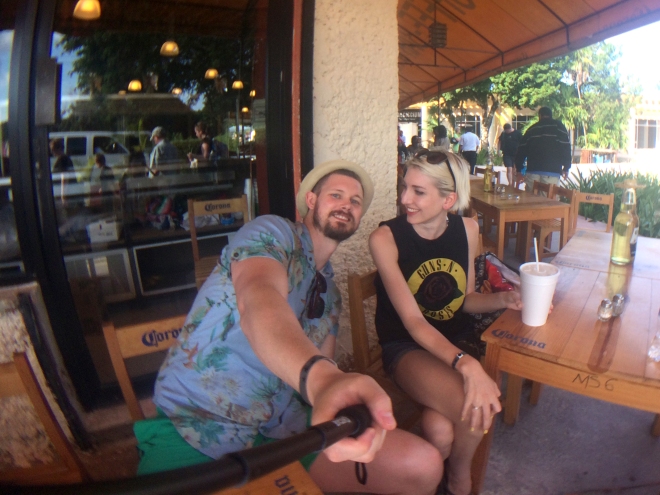 Margaritas that come in Slurpee sized cups are dangerous. That’s all I’m going to say 😉